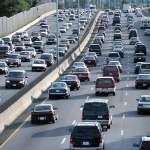 “The Transportation Finance and Policy Commission had a golden opportunity to assess the challenges of maintaining and expanding the state’s transportation network to meet 21st century needs. Instead of meeting this challenge, they found no less than 5 ways to raise more than $6.8 billion in new taxes over the next decade to continue business as usual,” said Steve Hiniker, Executive Director of 1000 Friends of Wisconsin.

1000 Friends of Wisconsin said that the report is full of false and misleading statements that all point to the conclusion that we should raise taxes.  Among the false claims:

“Current transportation funding is provided largely by users of the system.”

–          Actually, about one half of the cost of maintaining the more than 110,000 miles of roadway in the state are paid for by local fees such as the property tax.