Reason 3.  Local governments are not receiving their fair share of transportation dollars. 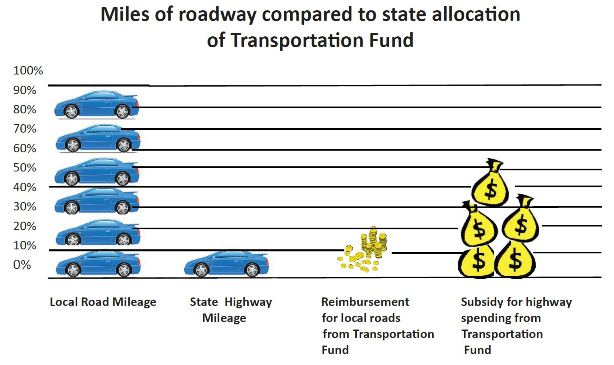 • 80% of the costs of maintaining local roads are paid for by non-user fees such as local property taxes.
• A majority (over 63%) of the user fees collected goes towards state and federal highways.
• State law allows local units of government to receive reimbursements of up to 85% of local roadway maintenance expenditures; however towns, counties and cities were only paid an average of 24% of their eligible reimbursements in 2009.
• 90% of the roads in the state are local roads but they receive only 25% of user-fees, while state highways comprise 10% of all roads in the state but receive 60% of user-fees. 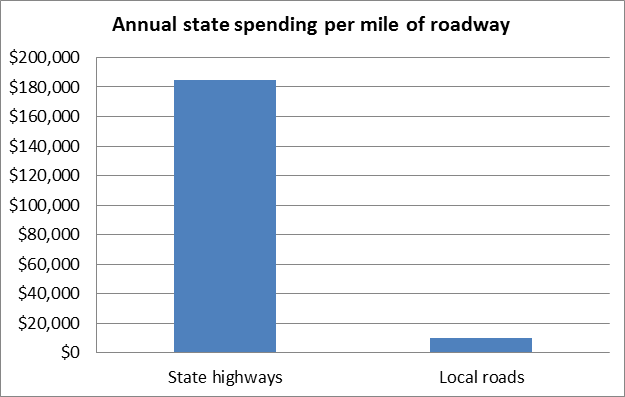 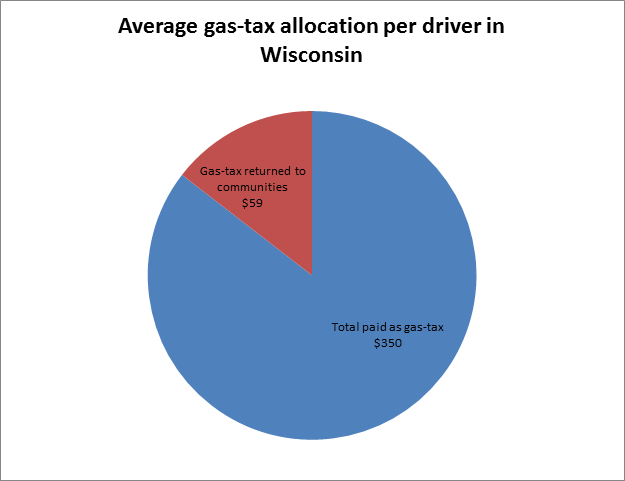 Why is the state government spending millions of dollars in new highway capacity expansion projects when people are driving less – and local governments, in many cases are being forced to neglect the safety and vitality of their roads?

Check out Reason 1 and Reason 2 and check back tomorrow for the next reason why WISDOT budget needs to change.