Reason 8.  We should allocate more funds for transit to respond to the increase in demand and ridership.

Wisconsin is spending the majority of its transportation budget on new roads, when transit ridership in America is at its highest in 50 years and demand for public transportation is reaching record levels.

1. Transit ridership is at its highest level in 5 decades. Transit ridership has gone up 31% over the last 15 years.
2. Taking transit to work will save the average American commuter $9,648 per year. Overall in the country, taking transit in 2011 has saved the nation $16.8 billion in costs from congestion and $16 billion in gasoline costs.
3. Transit is among the safest ways to travel and is 28 times safer than driving.
4. Investing on transit has great returns – every $1 billion spent on transit spending results in the creation of 35,600 jobs, $3.5 billion in business sales, $1.8 billion in increased GDP and $1.6 billion in labor income.

Wisconsin can do much better – this chart shows the percentage of discretionary federal transportation funds that a state receives that are subsequently allocated for transit in that state.

These transit cuts have severe economic implications and can cripple accessibility to workplaces, places of recreation and shopping for large sections of the population. 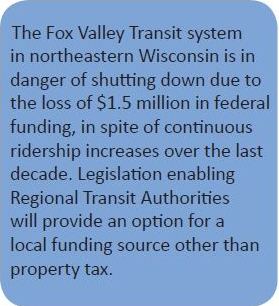 For example, in Milwaukee:

1. More than 13,000 jobs are out of reach for residents without cars, due to a 10% cut in the state transit budget in 2011. This is in addition to over 40,000 jobs lost due to prior transit cuts since 2000.
2. The overall size of the regional transit system in Milwaukee and Waukesha fell by 20% between the years of 2001 and 2007 and resulted in 1,713 fewer employers being located within walking distance of a bus stop.
3. Transit cuts affect the poor disproportionately. In Milwaukee, 42% of households below the poverty line do not have access to a car –therefore when a job location loses transit service, it no longer is an accessible workplace for many job seekers. 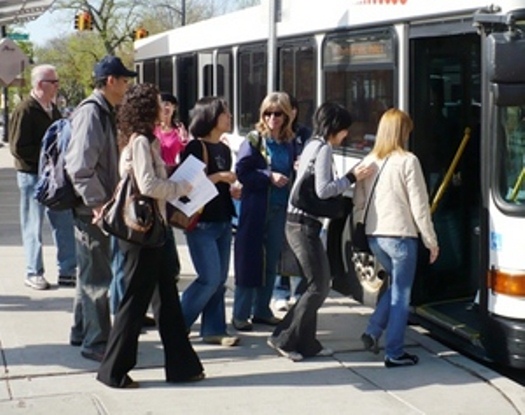