The Case Against the I-94 East-West Expansion

The proposed I-94 East-West highway expansion in Milwaukee, estimated to cost more than $1 billion, continues on its path towards enumeration during the upcoming budget negotiations. 1000 Friends, along with our partners at WISPIRG, developed this factsheet that was sent to all legislators and the Governor’s office this week.

We continue to oppose the I-94 expansion project as a fiscal, social, and environmental mistake.

This project was discontinued in 2017 due to environmental, social justice, and budgetary concerns.

In September, Gov. Evers called on state agencies to cut $300 million from their current budgets. Given the strain on state and local budgets, we should cut unnecessary highway projects, including I-94 E-W from the proposed 2021-2023 budget. 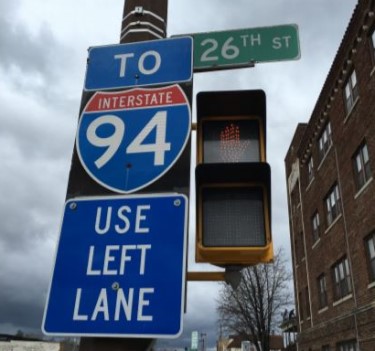 Our existing Infrastructure needs repair. Wisconsin’s roads are ranked 38th in the nation for road quality, according to U.S. News & World Report. The 2019 Multimodal Local Supplement grant program received nearly 1,600 applications from cities, towns, and counties across Wisconsin. The $1.5B in requests shows an urgent need for local roads and bridges that have not been addressed.

Wisconsin’s transit network, with an aging fleet and decreasing service, is facing a crisis. We ask that Wisconsin use taxpayer dollars responsibly and reject the enumeration of new highway expansions that are sure to drive us further into debt while siphoning funds away from better transportation investments.

Read the Factsheet: The Case Against the I-94 East-West Expansion