The waters of Southeastern Wisconsin have always been among its most important and cherished assets. Long before the first pioneers came, Native Americans depended on the abundant game in the watershed for food and trading. These early inhabitants gave the area the name “Milwaukee” which means “Gathering Place by the Waters.” 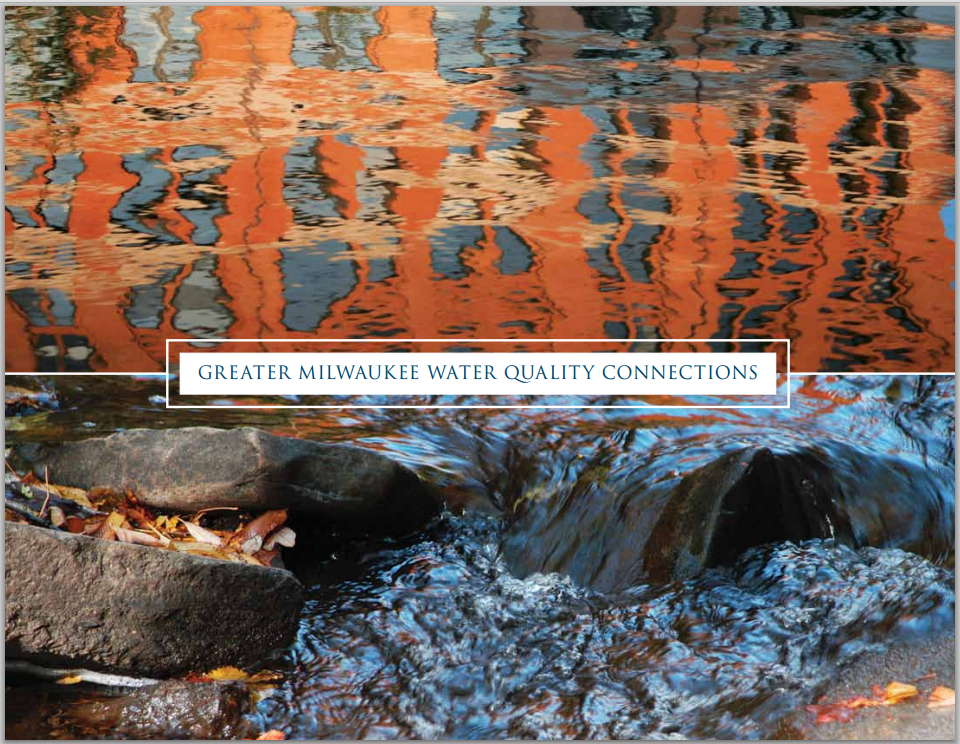 The first European immigrants were fur traders who recognized the strategic advantage of a fur trading post on the shores of Lake Michigan. As Milwaukee grew, so did the importance of water resources. The port of Milwaukee grew to be the largest in the state, helping the “Gathering Place by the Waters” become Wisconsin’s largest city. Breweries became famous partly due to the purity of the water supply. Upstream communities flourished within the basin, damming rivers for power.

The fast growth took its toll on our water resources. The once pristine streams and lakes were choked with waste that alarmed residents. In 1972, public indignation turned into action when Congress responded to their concerns about water pollution with the passage of the Clean Water Act, which promised to make waters “fishable and swimmable” by 1983.

More than 30 years have passed since the adoption of the Clean Water Act. We have made great progress, but still fall short of the goal of “fishable and swimmable” waters. Flooding, non-point pollution, and sewer overflows continue to degrade water quality. We now know that stopping factories from discharging waste into the rivers and upgrading sewage treatment facilities were only the first steps.

Land use also impacts water quality. The way we develop the land transforms natural landscapes into vast mosaics of roads, driveways, and parking lots. Natural areas that absorb rainfall and snow melt are lost to these paved surfaces. Stormwater runoff from urban and agricultural lands has been identified as the leading source of non-point pollution. Pollutants carried by stormwater from urban and agricultural land-use include: nutrients, heavy metals, bacteria, sediment, pesticides, and other toxic chemicals.