One of the most important aspects of proper placemaking, according to the Project for Public Spaces, is this: “The Community is the Expert.” When the State Street Mall design team asked the public for their suggestions and ideas of how to improve one of Madison’s iconic public spaces, a frequently recurring comment was that Library Mall, devoid of shade or features, feels like a desert for most of the year: hot, bright, and uncomfortable in the summer, bitterly cold and windy in the winter. No small wonder, then, that people rarely bother to linger or gather at or near the fountain. How do we make Library and State Street Mall a year-round destination, in addition to being a pass-through space? One answer: ice skating. 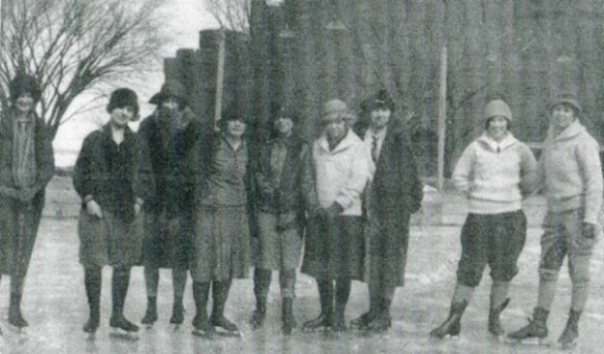 Including a winter ice skating rink in the Library Mall area at minimal cost of installation and maintenance would transform the space into a community destination. It would also extend the public use of the space throughout the winter months. Incorporating a surface-flooded ice skating rink in the Library Mall celebrates the historic significance of this space for wintertime student and community recreation activities.

Other small urban rinks a success 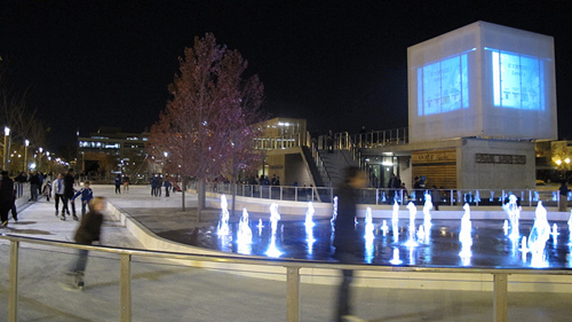 Small urban ice skating rinks are extremely popular in many successful placemaking efforts. In the winter months, Canal Park in Washington, DC converts the gathering area around the summertime interactive water fountain into a skating rink. 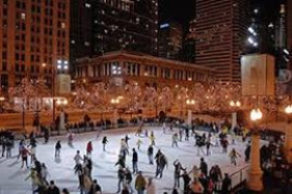 Red Arrow Park in Milwaukee is also a small urban rink whose size fits well into the space available for a potential rink in the Library Mall area. Millennium Park in Chicago, though larger than the others, demonstrates the value that an urban ice skating rink can bring for year-round public space uses. 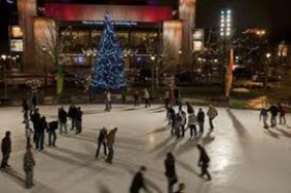 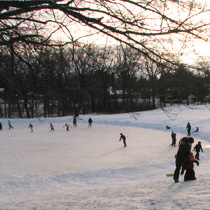 A benefit to food carts
Finally, food cart vendors would invariably sell hot food and drinks to the ice skaters and spectators. While some of Madison’s rinks are equipped with warming huts that offer hot food and snacks to skaters, Library Mall and State Street’s most visible food sources include food carts. Many cart owners and operators asked the city for extended hours and seasons, and an ice rink on Library Mall would provide them with a new market.

Conclusion
Library Mall hasn’t been home to an ice rink for more than sixty years, but we believe it is time to bring ice skating back to the State Street and Library Malls as the space is redesigned and re-envisioned. Installing a surface-flooded rink would require only minor landscaping and the cost of water and would help make this iconic public space into a destination year-round.

Next Great Placemaking Idea: Stay tuned later this week for why the State Street and Library Mall project area could use a great deal more shaded, flexible seating!