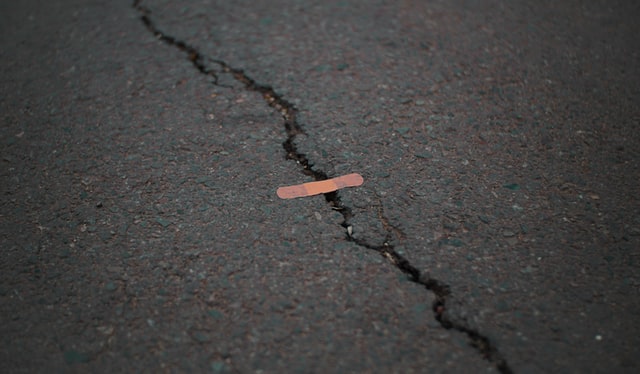 Photo by Luis Villasmil on Unsplash

On November 15th, President Biden signed the $1.2 trillion infrastructure bill. With all the back-and-forth, it was easy to lose track of what programs made the final cut and how they will impact Wisconsin. To add to the confusion, the federal government reauthorized the regular 5-year transportation budget at the same time. So the infrastructure bill is really two bills, $650B of regular spending and $550B of new spending. The regular spending upholds the status quo with $300B going to highways and $90B going to transit. All the money listed below is new spending above the regular funding. Here is a brief summary:

One of the biggest winners when all was said and done was rail, specifically passenger rail. The infrastructure bill has $66B in spending for rail, and it look to expand and increase service across the country. This could help Amtrak’s 2035 aspirational map become a reality for Wisconsinites. This should make the regional mayors who signed a letter in support of passenger rail, cautiously optimistic.

There is $39B for transit, which is a historic amount (although there is also a historic amount of highway funding too). This funding will help to address a huge backlog of transit needs, but it does little to address frequency issues or promote strategies known to boost ridership. More funding is still needed to address the backlog of issues and to make transit reliable and affordable. While this funding will help, more is needed if a significant improvement is going to be made.

Around $7.5B was allocated to build out a charging network for electric vehicles (EVs). The ultimate goal is to add 500,000 charging stations by 2030. The bill requires stations be built in publically accessible locations, including public roads, schools, parks, and government-owned facilities. It is unclear if the focus will be on building Level 2 charging, which can replenish 25 miles of batter per hour and is how most EV owners currently handle charging at home, or larger, faster Level 3 charging.

One of new programs included in the infrastructure bill was $1B to reconnect communities divided by transportation infrastructure, including highways. The program, originally funded at $20B, would fund planning, design, demolition, and reconstruction of street grids, parks, or other infrastructure. While the major cut to this programs funding was disappointing, it is encouraging to see the federal government recognize how highways have destroyed communities across the country.

Unfortunately, many of the funding decisions fall to state governments, which raises questions about how the infrastructure bill will address climate change and equity. “It’s hard to have a national approach when the decisions are made state by state,” said Beth Osborne, who was an acting assistant secretary in the Transportation Department during the Obama administration. “A fundamental part of this program has always been to have the feds raise money, hand it over to the states and cross our fingers.” This means that WisDOT will have autonomy over how to spend funding. It is troublesome that they can do more projects, like I-94’s East-West expansion in Milwaukee, that run counter to President Biden’s climate change and equity goals.

The infrastructure bill includes $110B for highways, roads, and bridges. This is the largest spending category, and is in addition to the $305B that was also reauthorized in the regular transportation act. That means $415B in spending on highways and roads. This funding will make it harder for Wisconsin to reach its climate goals. Given our decades long focus on highway expansion, this money will only continue our unsustainable transportation policy.

Unfortunately, the infrastructure bill will continue our current unsustainable status quo. These funding decisions, focused on highways above all else, will struggle to address local road repair, improve safety, or reduce transportation emissions. The bill failed to make significate changes to the programs that have created the problems we see in transportation now.

“As we have stated before, the transportation portion of the infrastructure bill spends a lot of money but fails to target it to the needs of the day: building strong economic centers, providing equitable access to opportunity, addressing catastrophic climate change, improving safety, or repairing infrastructure in poor condition,” said Beth Osborne after the bill’s passage.

We agree, 1000 Friends of Wisconsin is excited by some of the new programs and the funding increases for passenger rail and transit but we worry that this infrastructure bill will be unable to meet our urgent environmental and equity goals.