Senate Republicans Get It Right by Opposing Short-Sighted Motion.

MADISON – The Joint Committee on Finance today approved $350 million in additional transportation borrowing, $200 million of which will be used to expand or build new highways that Wisconsin may not need. The motion gives the go-ahead to a slew of questionable highway expansion projects that should be put on hold pending an audit of the Department of Transportation’s State Highways Program. Aside from driving the state further into debt, the motion fails to make urgent investments to maintain existing infrastructure, particularly at the local level.

Senator Alberta Darling (R- River Hills) and the JFC’s Senate Republicans, who unanimously opposed the motion, received strong praise from three advocacy groups for rejecting plans to use general fund-backed bonding to pay for questionable highway expansion projects. Senator Darling spoke forcefully about the need to determine the accuracy of data used to justify new highway projects before allocating hundreds of millions of dollars for those projects.

“Senator Darling deserves recognition for her willingness to stand up to the highway lobby and defend taxpayers,” said Steve Hiniker, Executive Director of 1000 Friends of Wisconsin. “There is no reason to allocate funds for new highway projects that haven’t begun construction when we don’t know whether WisDOT used faulty data to justify.” 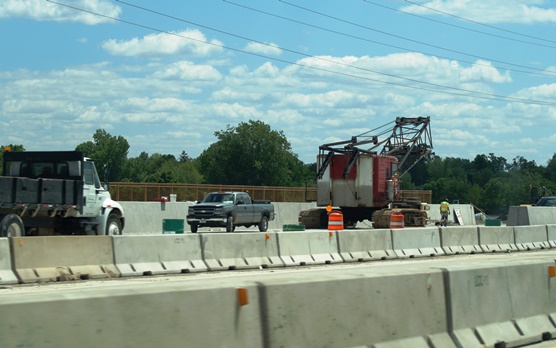 The borrowing approved today will be used to kick off construction on two of three controversial highway expansion projects: I-39/90 between Madison and the Illinois border, Highway 23 between Fond du Lac and Plymouth, and the Highway 15 Hortonville Bypass. (Highway 23 is ineligible for federal funds until WisDOT can justify traffic projections used for the project.) Simply repairing rather than expanding each highway could save taxpayers hundreds of millions of dollars. Along all three stretches of road, traffic projections used by WISDOT to justify the supposed need for added lanes have failed to materialize. These inflated traffic projections will be studied in the audit commissioned just weeks ago with unanimous, bipartisan support.

“Legislators should have hit the pause button today but instead locked us in to billions more in highway expansion spending that we may not need,” said Peter Skopec, WISPIRG Director. “Instead of breaking ground on a number of billion-dollar highway expansions that are based on questionable traffic projections, we should wait to see the results of the highway audit. We applaud Senate Republicans for opposing this shortsighted move that could result in hundreds of millions of taxdollars wasted.”

“Earlier this summer, there were serious questions raised about the need to pump more taxpayer money into highway expansions,” said Elizabeth Ward, Conservation Programs Coordinator at the Sierra Club John Muir Chapter. “Back then, the Joint Finance Committee called for an audit of the DOT and held the funding back for highway expansions, calling for a more deliberate conversation before spending an additional $300 million of taxpayer money. The audit is ongoing, with unanimous approval of the Audit Committee and the recognition that we may not be properly spending taxpayer money. Legislators should be proud of the progress made this summer, but today’s vote is a step in the wrong direction.”

Senators Darling, Harsdorf, Vukmir, Tiffany and Marklein all voted against the plan to borrow $350 million for new highways. Unfortunately all Assembly Republican members and all Democrats on the panel voted to borrow money from the general fund to pay for the questionable highway projects. There was no funding allocated for Wisconsin’s deteriorating local roads.

“Sadly, once again the majority of the panel voted for the projects that the road building lobby desperately wanted. As a result of this vote, highway expansion projects that are not needed will go forward. This vote ensures that the funding crisis will get worse – not better,” concluded Hiniker.