Taxpayers scored a huge victory recently when U.S. District judge Lynn Adelman ruled that the expansion of a 17-mile stretch of state Highway 23 near Fond du Lac was no longer eligible for federal highway funds. 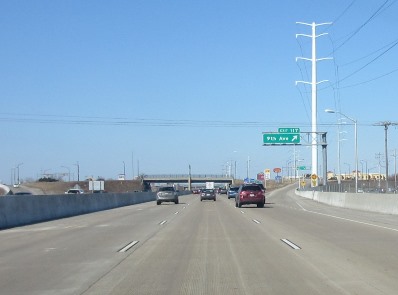 The ruling centered on the traffic forecasts that are used to justify the expansion of state highways. This bit of arcane traffic planning is at the heart of billions of dollars of overspending on needless highway expansion. It also goes to the heart of countless dollars of campaign contributions for state lawmakers.

It is a very big deal and one that most Republican and Democratic lawmakers will try to circumvent. Hang on to your wallets.

Highway building in Wisconsin is a very big business. In order to gain approval for federal funding for large projects, planners must justify the need for a highway expansion. In part, that involves showing that traffic is likely to increase appreciably in the years to come. But what if traffic isn’t increasing?

For the last decade, traffic has not been increasing. State highway planners have been ignoring that trend and predicting more traffic will rebound even though an objective analysis doesn’t show that. The result is that plans for billion-dollar highway projects have moved ahead based on faulty traffic projections. Those are your tax dollars being spent on needless projects.

1000 Friends of Wisconsin has been crying “foul” for years on these projects but, not surprisingly, lawmakers and the Department of Transportation have ignored us. We compared 11 state highway projects that were proposed over the last decade and found that every one of them had flawed traffic projections. One of them overestimated traffic growth by over 1,000%.

Still, lawmakers who are beholden to the highway lobby ignored our study and pushed for more money for more highway projects. When the political reality of no new taxes met the need to keep the highway lobby happy, lawmakers started raiding state reimbursements for the repair of local roads and diverted that for new highway construction. Today, according to the Local Government Institute, Wisconsin’s local roads rank as the third worst in the country.

When the money taken from local road repair wasn’t enough to feed the highway building machine, the general fund became fair game. Now we underfund schools, the University of Wisconsin and local needs such as fire and police so that we can build new and bigger highways.

Watch out for claims that we are making roads more dangerous. There is nothing in this decision that in any way undermines safety. Safety needs to be the primary consideration of how we spend limited transportation dollars. Safety improvements usually can be made without expanding highways. In fact, we can address far more safety problems across the state if we aren’t overspending for needless expansion. It doesn’t take a highway expansion to straighten a bad curve or to fix a dangerous intersection.

We also need to address the deplorable conditions of our local transportation systems. We have among the worst local roads in the country because we haven’t been returning gas tax revenues to the communities where the tax was generated so local roads can be maintained and be made safe. We have woefully underfunded our transit systems that are essential for millions of commuter trips every year.

We can begin to fix this mess today — in this budget — if lawmakers show courage. We can suspend work on any new highway expansion project not yet started until the traffic projections for those projects are reviewed and verified by independent experts. That would save us $500 million in this biennium. We could use some of those savings to increase payments for local transportation needs. That will also free up money for other dire needs in this year’s budget.

The worst thing for taxpayers would be to find some way around Adelman’s decision. We will pay for it in this budget and our children will paying off the debt for unneeded highway projects long after we are gone.