Congratulations to Mayor Barrett, the Common Council and all of those citizens, organizations and businesses who put Milwaukee first by supporting the streetcar.  Even the big dollars flowing in from national anti-city groups like Americans for Prosperity were no match for the common sense of Milwaukee residents.

-taken from the Milwaukee Journal Sentinel – by Crocker Stephenson

A streetcar connecting the Milwaukee Intermodal Station with the city’s lower east side was approved by the Common Council Tuesday, bringing to a pause at least decades of sometimes acrimonious debate. 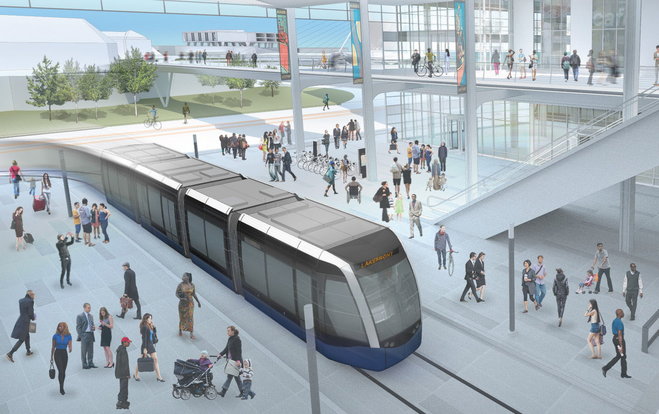 The council approved, on 9-6 vote, a measure that established the project’s $124 million capital budget, its estimated $3.2 million operating and maintenance budget and its 2.5 mile route, which includes a lakefront spur connecting the line to the proposed $122 million, 44-story Couture.

A federal grant will also cover 80% of operating costs for the line during its first 18 months. City officials say they believe they can get the grant extended for an additional 18 months.

Groundbreaking is anticipated in late 2015 with full operation by mid-2018.