Over 300 Gather in Milwaukee for Better Transportation Options

We had an overwhelming response to our recently concluded transportation summit “Arrive Together:  Building a 21st Century Transportation System in Wisconsin” held in Milwaukee on Dec 3rd. More than 300 transit riders, community members, transit agency managers, elected officials attended. We started off with a listening session with USDOT Office of Civil Rights Secretary Leslie Proll. A diverse group of transit riders voices their thoughts on the statewide transportation system—and we heard a range of opinions from the difficulties facing bus riders in Milwaukee, to those who called for cutting wasteful highway spending. 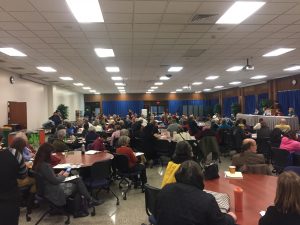 We then heard from Aaron Mair, the first African American President of the Sierra Club. Aaron outlined his experiences working on the environmental justice movement and called for unity in the face of adversity using the phrase “resist, recruit, train and sustain”. Next up was keynote speaker Leslie Proll—the secretary invoked Rosa Parks’ famous act of civil disobedience to highlight historical discrimination within our transportation systems and how its effects are being felt even today. She talked about USDOT’s efforts to ensure that communities’ voices are heard within transportation planning processes and how local governments could have a greater say on infrastructure investments. 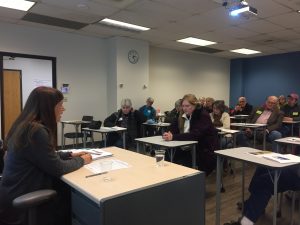 We then broke out into several small group sessions. Participants had wide ranging conversations including mobility for the aging, transit as a civil right, how to organize for better transit, working with businesses to build support for transportation options and increasing funding for transit in the upcoming state budget.

Participants rated the conference highly, with Madison Metro General Manager Chuck Kamp saying “this had to have been one of the most important transportation meetings I’ve had the privilege to attend”.  We are now focused on mobilizing the important voices we heard at this event to build power across the state and advocate for increased capital and operational investment in public transit.