1000 Friends of Wisconsin was awarded a grant from COWS in partnership with three Green Tier Legacy Communities (GTLC) to improve community health by promoting pedestrian and bicycle access for children and families, specifically by addressing active transportation gaps to schools and parks. The three participating cities are Monona, Stevens Point, and Wisconsin Rapids. The project began in summer 2022 and will conclude at the end of the year with written reports that will be published here and on the 1000 Friends website. I have been collecting data and working with city staff in each community to identify areas with high pedestrian traffic in need of improvement so that we can plan a more thorough walk audit of each location this fall. By far the most fun part has been on-site visits to meet planners and park directors on their own turf, and to see with my own eyes the areas they want to address.

This is the first of a three-part series highlighting the Green Tier Legacy Communities who are participating in the safe routes project. 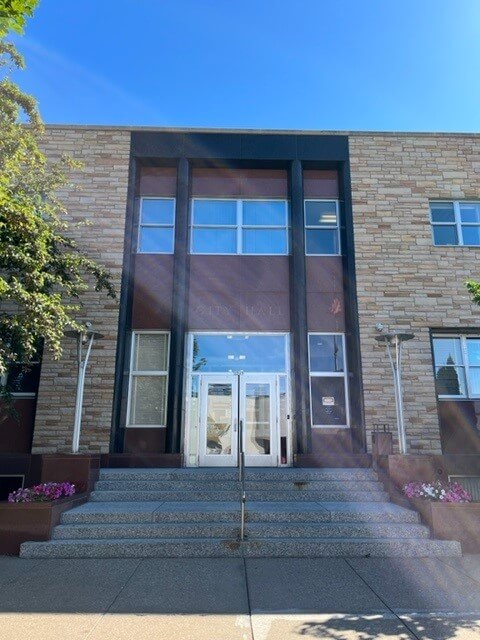 I drove up to Stevens Point on a beautiful sunny day in late July to meet with Adam Kuhn and Chris Klesmith (city planning staff) and Michael O’Meara (retired WisDOT employee and member of the bike/ped safety committee). We started at City Hall (pictured above), where they gave me an overview of Stevens Point with online maps and other information about initiatives and new developments in the city. Stevens Point is a Silver-level Bicycle Friendly Community, a Bronze-level Walk Friendly Community, and just joined AARP’s list of Age-Friendly communities in 2022. Additionally, the University of Wisconsin at Stevens Point is an important presence in the city, with over 8000 students enrolled. We looked at some areas of concern on the map, and then headed out on a tour of the city so I could see it with my own eyes. 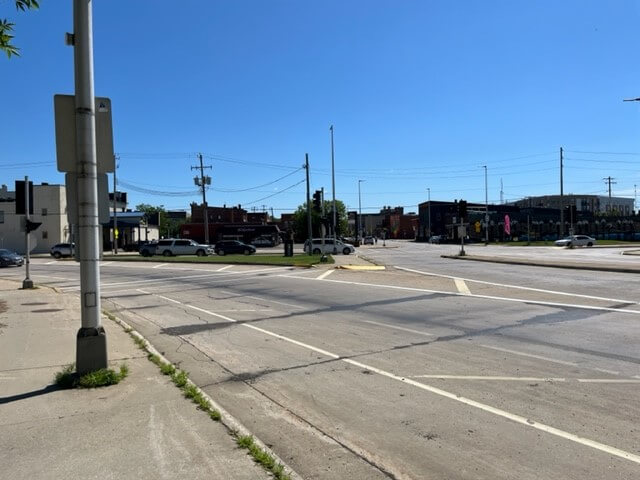 Intersection Of Clark And Water.

First, we went to the intersection of Water and Clark, which city staff have aptly nicknamed “The Concrete Moat.” This intersection is a confluence of many lanes of traffic (often moving at high speeds), the Green Circle bike trail, a river crossing (one of only two in the city), access to riverfront parks, and the downtown square only about a block away. Adam, Chris, and Michael pointed out existing infrastructure and described various issues for bikers and pedestrians. Then as if on cue we saw a family crossing Water Street with a stroller and a young child riding a bike pausing at the narrow median as they waited for another light signal to finish crossing safely. 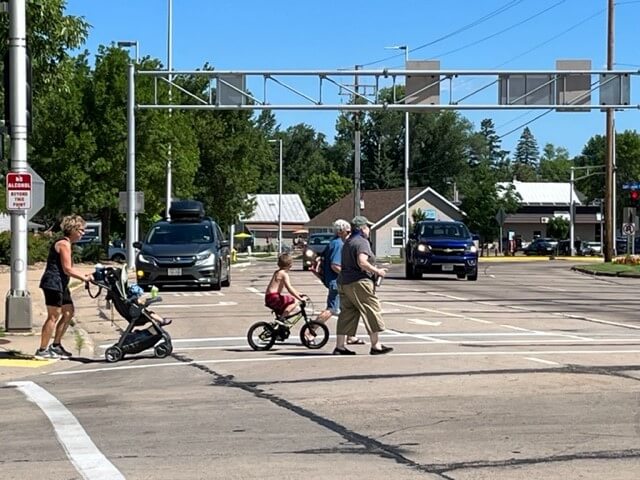 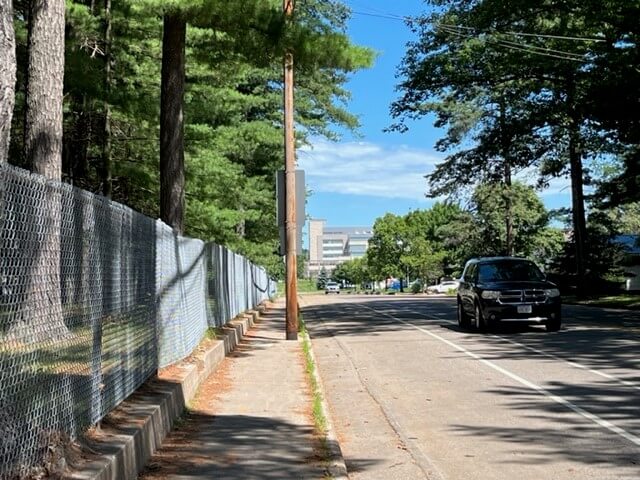 Next we visited the intersection of Maria Drive and Prentice Street, where the Sisters of St. Joseph Convent site is slated for redevelopment into approximately 80 housing units for seniors, 15 townhomes, and a park. A parochial high school is located across the street. Currently, there is a narrow sidewalk that goes right up to the street with no buffer. Intergenerational housing and a new park will bring more pedestrian traffic to the area, so we will be looking at the development plans to assess what sidewalk improvements are included. 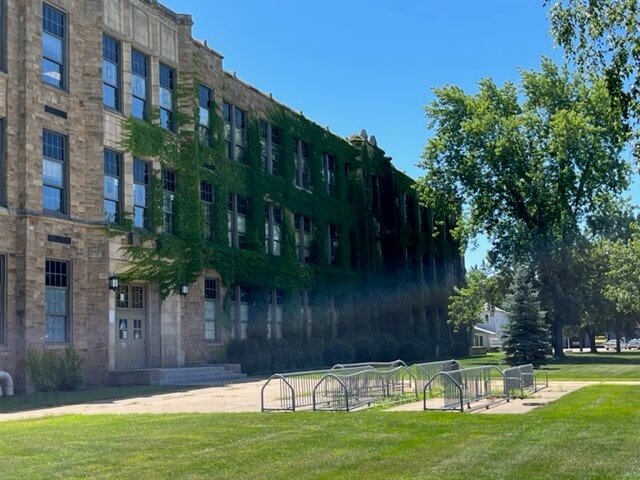 The last site we visited as a group was PJ Jacobs Junior High at the corner of Michigan Avenue and Main Street. The property is adjacent to a sports complex used by all the area schools, as well as the municipal swimming pool and ice arena. The school itself was built in the 1930s during FDR’s New Deal era using stone from a local quarry and is a registered historic site. It is a beautiful building! In addition to game-day crowds, PJ Jacobs is also a huge generator of pedestrian and bicycle traffic on school days because most of the students who attend live in nearby neighborhoods. We looked at potential safety improvements to intersections and bike lanes on the surrounding streets. As a bike commuter myself, I have some definite opinions on the design of bike racks, and I noted that the racks could use some updating.

Next Steps (no pun intended!)

I’m working with our GIS specialist to pull together some maps showing demographics, crash data, and environmental hazards. Those will be included in a preliminary report I share with Stevens Point staff, which we will use to plan a more detailed walk audit early this fall using the new tool kit from AARP.

I look forward to sharing more about this project as it progresses, along with highlights from the other cities involved!