The 10% Solution: A Better Plan for Wisconsin’s Transportation Future 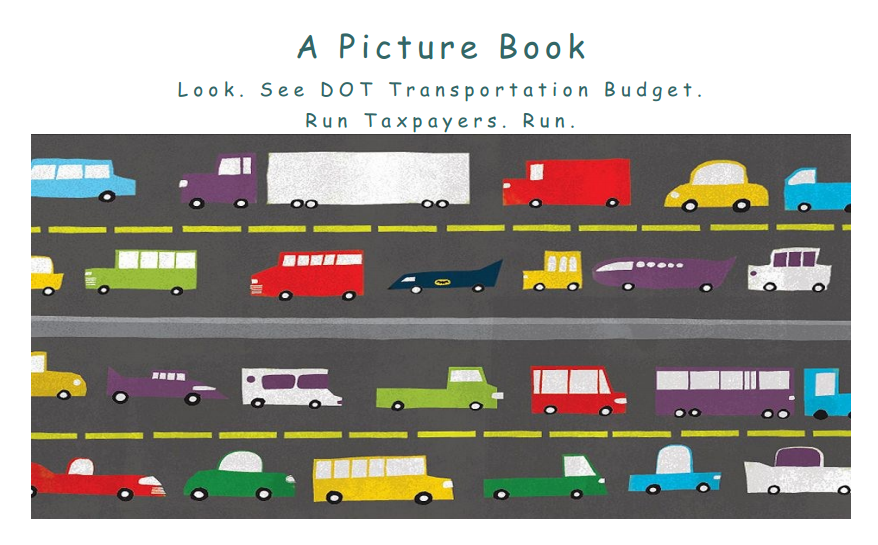 Madison – Today, local elected leaders, municipal representatives from across Wisconsin, and transportation advocates presented a new budget proposal that would cut wasteful highway spending, reduce the structural deficit in the Transportation Fund, help repair and maintain local roads, and restore the devastating 10% cut to transit service approved in the 2011-2013 biennial budget. The proposal was made in response to the executive transportation budget proposal, which would leave local roads and bridges in disrepair, and transit systems underfunded, in order to funnel billions of dollars into highway projects.

“Urgent, local transportation needs, like potholes, are being shortchanged and neglected in order to funnel billions of taxpayer dollars into costly highway projects, some of which are unnecessary,” said Paul Fisk, Mayor of Lodi. “We need to get our priorities straight. The 10% Solution begins that process.”

By shifting Wisconsin’s transportation budget by just 10%, the new proposal would cut waste, fix potholes and reduce the structural deficit. Specifically, the 10% Solution would cut 10%, or $300 million, from highway spending, and use the savings to reduce bonding by $200 million, increase local road reimbursements by $82 million, and increase transit funding $21 million (a 10% increase in local road reimbursement and transit funding).

The 10% Solution would match Wisconsin’s population trends and transportation needs. With gas prices up and lifestyles changing, Wisconsinites are driving less and taking transit, walking and biking more. The average Wisconsinite drove 500 fewer miles in 2010 than in 2004, and between 2001 and 2009 young people’s transit use increased by 40% nationwide. Recent census data also show that Wisconsin’s senior citizen population is the fastest growing group in the state, with the number of residents over 55 increasing by over 317,000. Transit and para-transit service – especially in rural areas – are critical to maintaining mobility, independence and dignity for seniors. Giving seniors the freedom to remain at home also saves taxpayer dollars.

“Transportation spending decisions have not evolved and are increasingly out of step with the way we travel now,” said Bruce Speight, WISPIRG Director. “Demand for transportation choices is increasing, while transit service is being cut and our roads and bridges are crumbling. But, the transportation budget proposal doesn’t help return taxpayer money to communities for road repair and transit. Instead, it funnels hundreds of millions into highway expansion projects. Wisconsinites need a transportation budget that reflects and supports how we travel, not the interests of highway lobby and big road construction firms who profit from taxpayer-funded and high-priced highway expansions.”

Funding for highway expansion projects has skyrocketed over the past 15 years, at the same time that vehicle miles traveled per capita has flat-lined and even declined in recent years. The share of the Transportation Fund revenues for highway construction increased from 43% in 1998 to 47% in 2013. To accommodate this expansion, total debt service over the past 15 years has increased by over 300%. The state transportation budget proposal being considered proposed over $900 million in total bonding.

“Borrowing to pay for highways we don’t need is going to haunt us for years to come. Our kids will be paying for these roads long after we are gone. We need to make the tough choices today to keep Wisconsin strong for years to come,” said Steve Hiniker, Executive Director of 1000 Friends of Wisconsin.

Meanwhile, the share of Transportation Fund revenues for local roads declined from 32% in 1998 to 19% in 2013. As a result, local communities have struggled to fix potholes and local roads and bridges, while transit systems across the state have raised fares and cut service.

1000 Friends of Wisconsin advocates and promotes uses of land, water and air that shape healthy communities where people want to live, work, and play. www.1kfriends.org

The Sierra Club – John Muir Chapter is Wisconsin’s voice for the nation’s oldest, largest and most influential grassroots environmental organization. We are made up of 15,000 members and supporters statewide working to expand clean energy, move beyond oil, and protect Wisconsin’s land and water resources. www.wisconsin.sierraclub.org