The Hidden Cost of Highway Expansion

How walkable neighborhoods saved Wisconsin homeowners thousands of dollars in their property values. 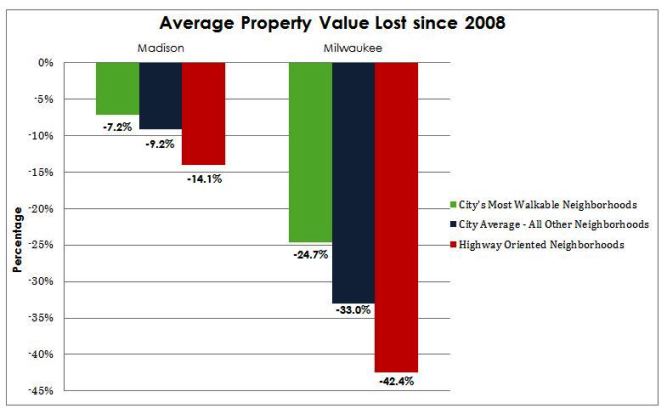 Can a highway expansion really affect the value of your property? Under Governor Scott Walker’s administration, Wisconsin has entered a period of austerity with major cuts to education, public services and healthcare for seniors. In spite of this, the Department of Transportation’s budget has increased, escaping the broad cuts that have come to characterize Governor Walker’s Wisconsin.¹ Several major highway expansions have been approved, even though they may not be necessary as the State’s vehicle miles traveled has been dropping since its peak in 2004.² Beyond spending tax payer dollars, these highway expansions have a hidden and substantial cost to Wisconsin’s citizens in the form of deteriorating property values. Several studies have already noted the correlation between walk score and property values in major metropolitan areas, but none of them have analyzed Milwaukee or Madison.³ 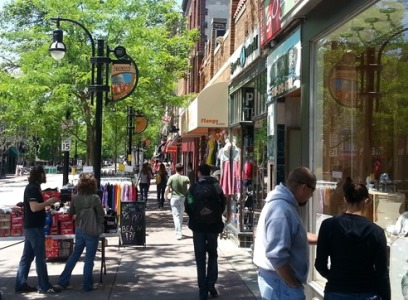 In order to supplement the data, the neighborhood’s walk score was collected from Walkscore.com. This score determines how pedestrian friendly a neighborhood is by identifying the proximity, quality and safety of walking routes for schools, parks, restaurants, grocery stores, retail and entertainment venues. From there, Walkscore.com assigns a score from 0 through 100 and neighborhoods are divided into four categories based upon their score, these categories are: Car Dependent (0-49), Somewhat Walkable (50-69), Very Walkable (70-89) and Walker’s Paradise (90-100). The higher the score, the easier and safer it is for citizens to accomplish their daily errands on foot. 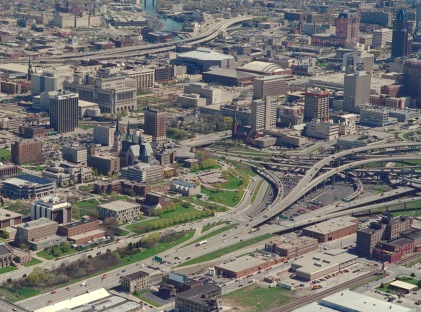 Ultimately, the data yielded intriguing information about Madison and Milwaukee neighborhoods. The main conclusion being that the property values in a neighborhood decreased as more thoroughfares came through and the less walkable a neighborhood became. In Milwaukee the median property value in a “Walker’s Paradise” neighborhood lost around 24.7% of its value between 2008 and 2013. This is a somber and substantial number, but a considerable amount less than neighborhoods that were “Somewhat Walkable” (average loss of 36.3%) and “Car Dependent” (33.9%). Another way of looking at this is that somewhat walkable neighborhoods in Milwaukee experienced a 47% greater loss than their highly walkable counterparts. Two Milwaukee neighborhoods exemplified this disparity. Murray Hill in Milwaukee, which is close to the core of the city, received an overall walk score of 92 and lost only 28% of its value. While the Valhalla neighborhood, on the fringe of the city and flanked by highways, received a walk score of 44 and lost 42% of its property value. 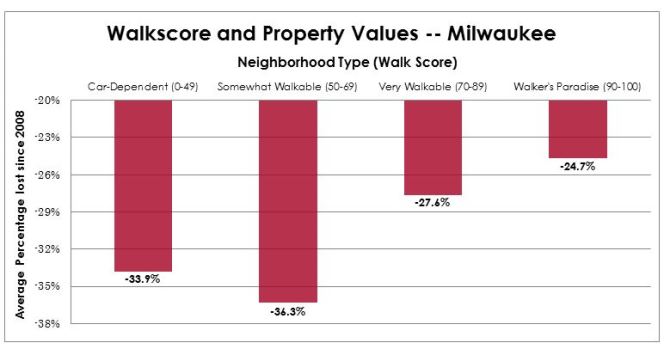 While the Madison numbers are not quite as staggering as the Milwaukee numbers, they serve to reinforce the idea that walkability should be promoted to bolster property values. Madison’s only neighborhood that fell into the “Walker’s Paradise” category, the capital square/downtown neighborhood, is mostly comprised of rental properties and therefore lacked viable information. Nevertheless, Madison’s “Very Walkable” neighborhoods fared far better than its “Car-Dependent” counterparts. Madison’s most walkable neighborhoods lost, on average, only 7.2% of their value, as opposed to those requiring cars, which lost 10.2%. The Greenbush neighborhood, for example, is a highly walkable area, which received a walk score of 83 and saw its property values remain untouched through the tested period. Yet the Heistand neighborhood, which is situated on the northeastern outskirts of the city and is stifled by highways and interstates, received a walk score of 38 and watched its property values sink by 13%. 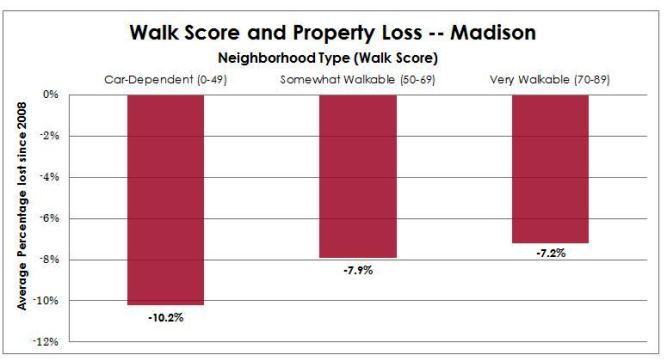 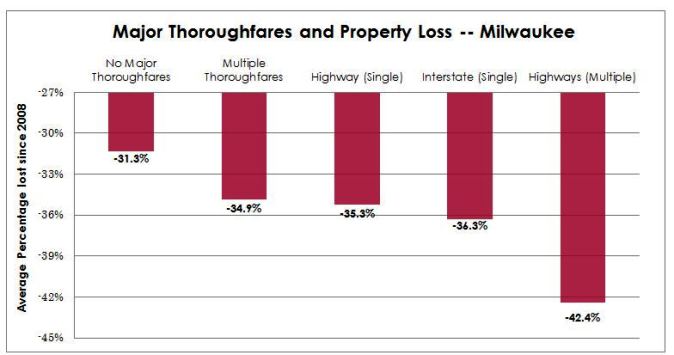 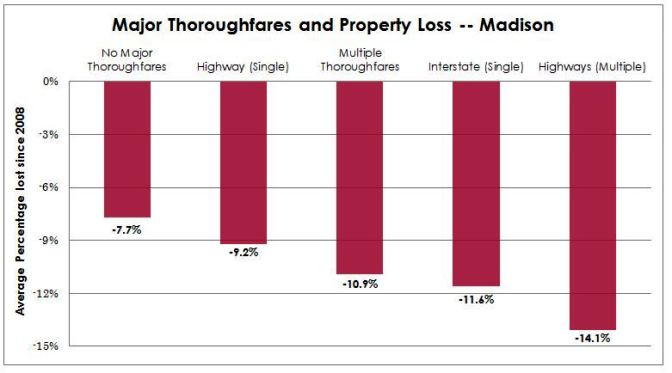 All of this information begs the question, “Why is the state continuing to fund unnecessary highway expansions that cost taxpayer money and also hurt property values?” Homeowners near multiple highways lost 37% more in Milwaukee and 83% more in Madison than their peers whose neighborhoods were not near any major thoroughfares. Moreover, highly walkable neighborhoods have been linked to better economic performance, increases in commercial property values and decreases in obesity rates and defaulted mortgages.4 Still, the Wisconsin Department of Transportation budget endorses a different future, one that focuses on highway expansion at the expense of local roads and walkability. Wisconsin needs to recognize the importance of walkable neighborhoods and their effect on property values, public health and economic performance to move forward into a better, more sustainable future.