Who Pays for Roads in Wisconsin? Property Taxpayers!

A new report released by 1000 Friends of Wisconsin punctures the myth that fuel taxes and other user fees cover the cost of roads in Wisconsin. In fact, road costs vastly outstrip fees from users, and general taxpayers provide massive subsidies to road users – some $1.74 billion a year. 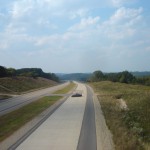 On a per household basis across the state, that’s $779 a year in taxpayer subsidies to roads.

The figures are from a new report and fact sheet, “Who pays for roads in Wisconsin?” by 1000 Friends of Wisconsin, with research by the State Smart Transportation Initiative at the University of Wisconsin-Madison.

The report comes at a time when local governments across the state are scrambling to raise taxes, cut services, or both. It points out that if road costs really were fully funded by user fees, local governments instead would be facing surpluses – cutting taxes rather than raising them and enhancing police, fire and other services rather than cutting.

The report also comes on the heels of a report, by the conservative Wisconsin Policy Research Institute, that recommends highway tolling as a way to equitably raise revenues to pay road costs. The 1000 Friends report, while not taking a position on tolls, provides support for that view that roads user fees are running far short of road expenditures.

The report points out that so-called “diversions” for non-road purposes from road user revenues are small compared to subsidies to roads from taxpayers.

“The fact is, until we cut costs or raise fees—or both—the big diversion is from taxpayers to roads, not the other way around,” the report says.