Over 42,000 miles of local roads in the state need immediate repair based on data from a Wisconsin DOT database. 14% of all local roads in the state are in terrible condition – classified by the system as “failed, poor, or very poor”. Rural roads were in worse shape than urban roads, with 44% needing immediate repair, compared to 31% for urban areas. 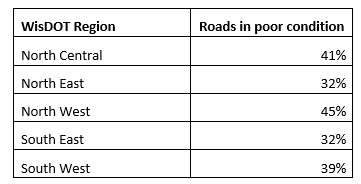 Poor road conditions cost Wisconsinites $502 per year on average in extra vehicle repairs and operating costs, according to a report by national transportation research group TRIP. Funding for local roads in the state has steadily declined over the years, with the Local Roads Improvement Program being cut by 45% between 2000 and 2013.

Over the same time period, the state increased funding for new highway construction has by 45%. This imbalance in spending priorities is forcing communities to pay for their local infrastructure maintenance needs out of limited property tax revenues. Communities are eligible to receive up to 85% of their local transportation needs reimbursed by the state; however the actual amounts reimbursed are only a fraction of that.

WisDOT proposes several ways to increase transportation revenues, to cover what they purport is a $750 million shortfall in the transportation budget – including a higher gas tax, increased vehicle registration fees and a special fee on cleaner hybrid vehicles.

A report by consumer advocacy group WisPIRG last year found that simply repairing four major road projects, instead of expanding them would leave enough money in the transportation fund to implement all the recommendations of the non-partisan Transportation Policy and Finance Commission. WisDOT’s plans to spend billions of dollars on highway construction – including the expansion of I94 in Milwaukee have been proven repeatedly to be to wasteful, and unneeded at a time when Wisconsinites are driving less and demanding more transportation options.

This analysis shows that state plans to increase highway capacity at a time when local road conditions are dangerous is misguided, and prevents local communities from investing in other pressing needs like schools, police and fire departments. 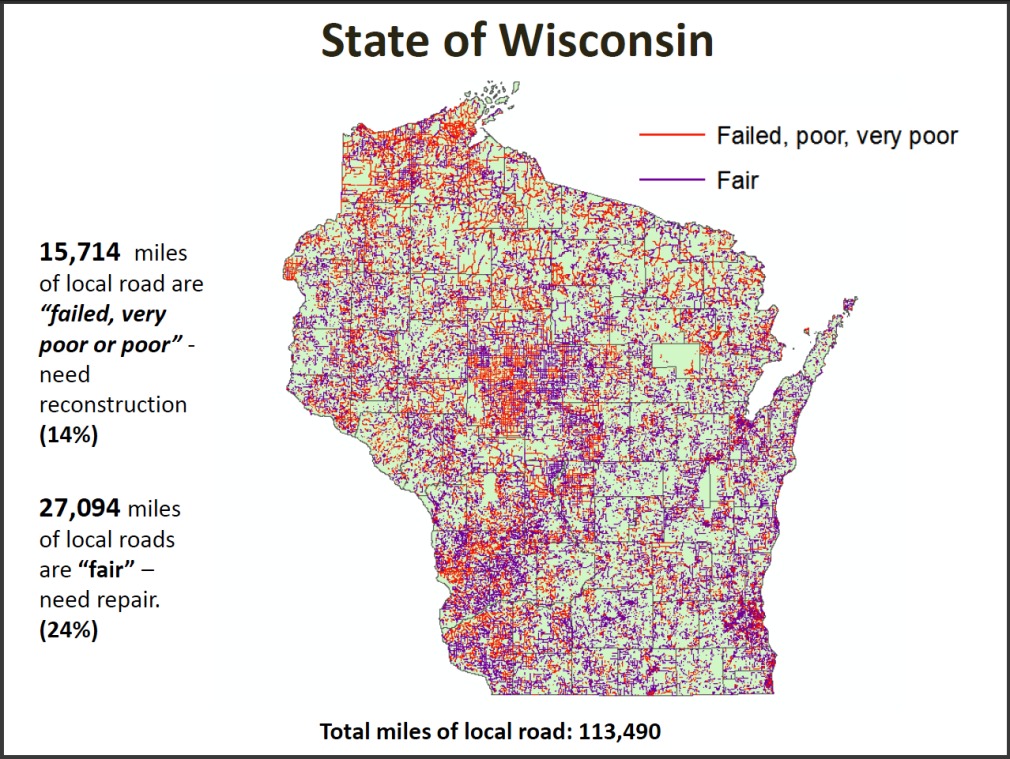